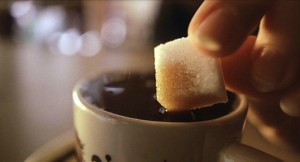 Yesterday, at the beach, I saw a boy flying his kite. He let go of the strings and before his father could catch it, the kite took off; across the beach, across the road, and up into the power lines where its handle got caught. It kept flying.

A film that is based on true events but that strips away every last detail or moment considered to be inconsequential/insignificant, will seem totally and utterly fake.

It will seem fake because it is fake.

This entry was posted in filmmaking. Bookmark the permalink. Post a comment or leave a trackback: Trackback URL.